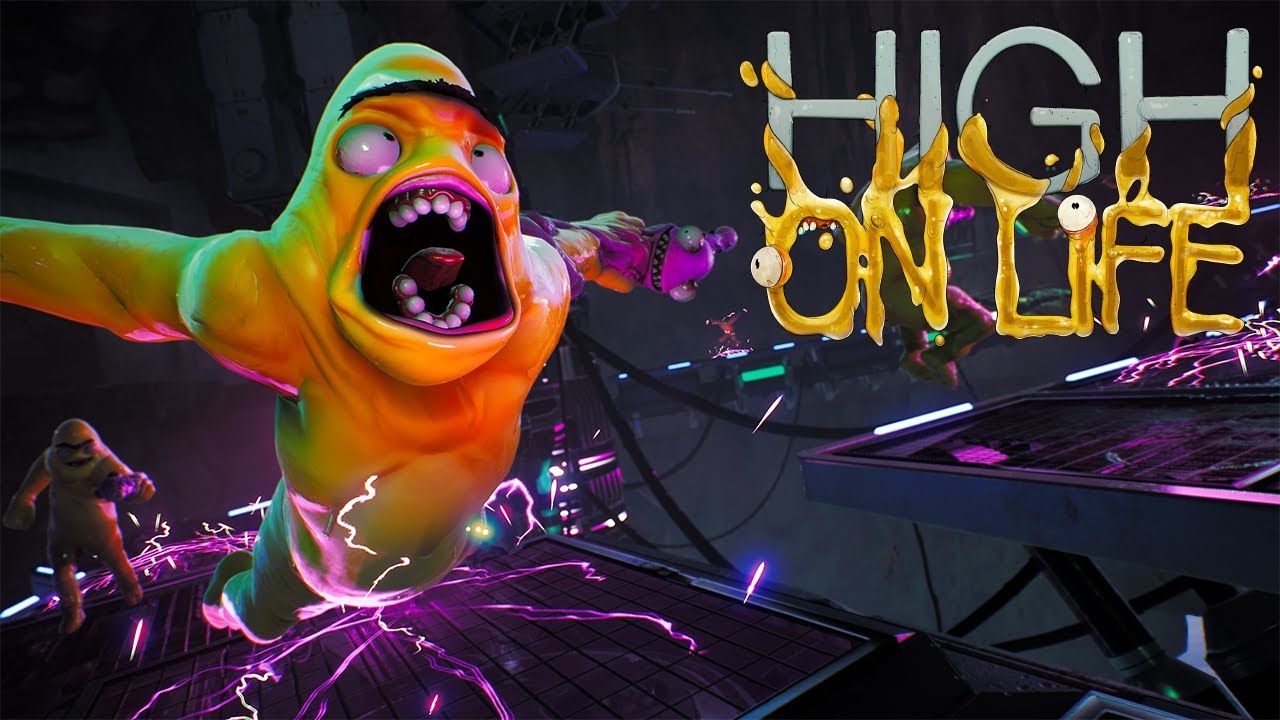 The most popular game on Xbox Game Pass right now is High On Life, the absurdist shooter from Rick And Morty co-creator Justin Roiland and developer Squanch Games.

The main synopsis for High on life goes as: “From the mind of Justin Roiland comes High On Life. Humanity is discovered by an alien cartel, and it turns out we’re the strongest drug in the cosmos. It’s up to you and a group of charismatic, talking guns to take down the G3 alien drug cartel and save humanity.”

High on Life is not just the biggest Game Pass new release of 2022, but also the biggest 3rd party Game Pass launch ever, according to Microsoft (based on the number of hours played in the first five days of release).

Although it’s clear that’s a remarkable feat, it’s actually not as startling as it would appear. High on Life is, after all, pretty much the ideal Game Pass title.

For those who don’t know, Squanch Games’ latest action title is called High on Life. If you recognize that name, it’s because Justin Roiland, the co-creator of Rick and Morty, launched Squanch Games.

In fact, the initial trailers for High on Life strongly suggested that it was a Rick and Morty-themed game. It’s not, but fans of that series will recognize Roiland’s voice acting and the comedy throughout the game.

Of fact, the comedy in High on Life has swiftly come to define the title. High on Life has a startling Metroid Prime-like structure and a lot of side quests and diversions, but players are raving about the game’s comedy.

Microsoft must be so proud

Many individuals have voiced their opinions on High on Life, and the majority of them have something to say about the game’s abundance of jokes and sight gags. These opinions come from streamers, YouTubers, local reporters, and others looking for something to do till Christmas.

This one is noteworthy since, earlier this month, when it was released for PC, Xbox One, and Xbox series consoles, High On Life didn’t receive rave reviews from critics.

In the end, it seemed to come down to whether you would like listening to eight and a half hours of jokes that belonged in a Rick And Morty episode.

While the game’s position as the most popular title on Xbox Game Pass is excellent news for the studio, Kotaku has noted that it also highlights the lack of first-party offers from Microsoft throughout this year.

The only first-party games among these, except Minecraft’s eternal tendencies, are Forza Horizon 5 and Halo Infinite, both of which were released in 2021.

Microsoft understands this very well. When you only consider the launches, we have fewer games this Christmas season than we have in a while, according to Phil Spencer, the president of Xbox Games Studios, a few months ago.

“Nintendo’s had a wonderful year, but I’d say, in general, we’ve been a bit light,” he said. “But I look forward to 2023 because there’s a tremendous lineup of titles coming, and getting our first true Xbox first-party games from Bethesda, having them launch alongside Redfall and Starfield will be a lot of fun.”

Cyberpunk 2077 to Have Idris Elba Join Its Cast