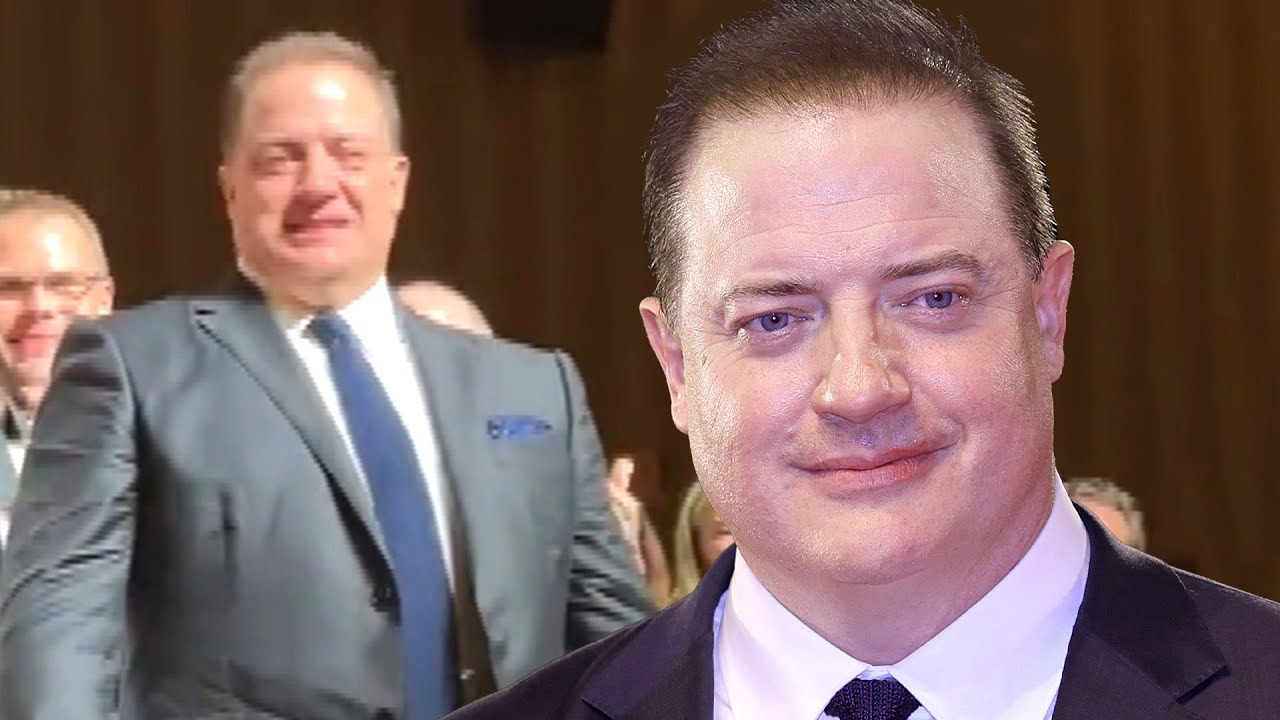 While many of Hollywood‘s elite are glamming up for a great night at the Golden Globes today, there’s one name you won’t see on the red carpet, despite the fact he’s nominated for an award.

Brendan James Fraser, an American-Canadian actor born on December 3, 1968, is well-known for his prominent parts in blockbuster, comedic, and tragic movies. Having graduated from the Cornish College of the Arts in 1990, he made his cinematic debut in Dogfight (1991)

In 1992, the comedies Encino Man and School Ties gave Fraser his big break. He rose to fame for portraying Rick O’Connell in the Mummy trilogy and for playing the lead in George of the Jungle (1997). (1999–2008).

Brendan Fraser, 54, is up for the Best Actor prize for his moving performance as Charlie in the film The Whale.

After leaving his family for a gay lover who subsequently passed away, the movie shows him as a 600-pound hermit seeking to get back in touch with his teenage daughter. This causes the reclusive protagonist to spiral into a cycle of guilt-induced binge eating.

Despite all the praise he’s getting, Fraser appears to be remaining true to his earlier declaration that he wouldn’t attend the Golden Globes regardless of whether he received a nomination.

The actor who played The Mummy claimed in a 2018 GQ magazine feature that HFPA president Philip Berk had inappropriately touched him in 2003.

Philip Berk had inappropriately touched him in 2003 Beverly Hills Luncheon.

According to Fraser, the organization opened an internal inquiry and made an effort to justify Berk’s alleged behavior as “jokes.”

In a statement, the HFPA declared: “The HFPA vehemently opposes sexual harassment and the behavior mentioned in this piece.

We’ve maintained a good working connection with Brendan throughout the years, and this has included announcing the Golden Globe nominations, going to the event, and taking part in press conferences.

“This report allegedly contains material that the HFPA was previously unaware of, and at this time, we are looking into other incident-related circumstances,” the statement reads.

Fraser described how this meant he wouldn’t go to a subsequent Golden Globes celebration in a later interview with GQ.

He declared, “I have less respect for the Hollywood Foreign Press Association because of my past with them.

“It’s because of the history I have with them,” Fraser continued. Additionally, my mother did not raise a hypocrite. There are many things you may call me, but not that.

He conjectured that the issue may have been ‘too thorny or sharp-edged or unpleasant’ for people to want to ‘engage emotionally’ into after feeling as though the Golden Globes eventually behaved as if he had never spoken up at all.

In response to the question of whether he supported any of the HFPA’s proposed reforms, he said, “At the moment, no. I don’t know what they’re going to do, but perhaps time will tell. I’m not sure.

Frances Berwick, chairperson, entertainment networks, NBCUniversal Television and Streaming, issued a statement saying, “We respect the HFPA’s dedication to continual reform and look forward to welcome back the Golden Globes to NBC for its momentous 80th anniversary in January 2023.”

Netflix Gives a Show a Second Season, Then Decides Against It and Cancels It