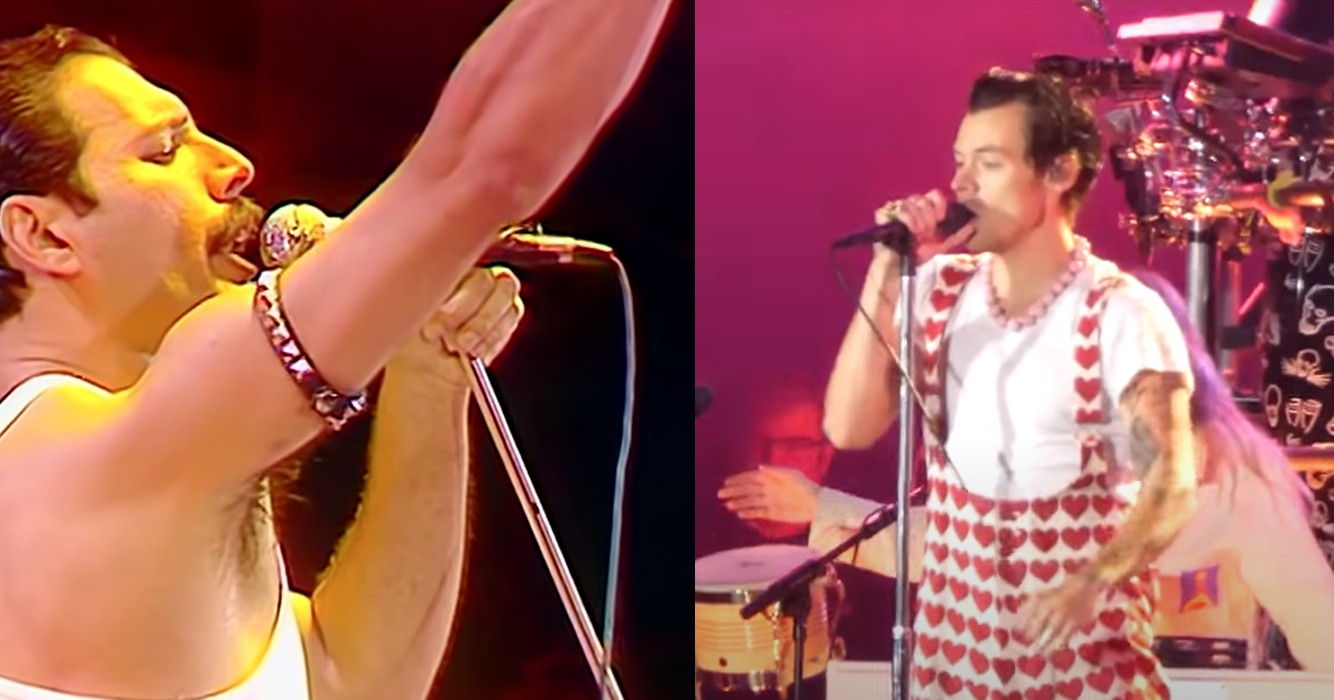 After paying tribute to Queen vocalist Freddie Mercury at his Wembley Stadium show, Harry Styles has been compared to him by fans. The former One Direction singer walked to the stage and asked the audience to sing back to him, emulating Queen’s famous Live Aid performance in 1985.

He went into ‘ay-oh,’ the classic audience sing-off first performed by Mercury on the same stage 37 years ago, dressed in red and white heart-covered overalls. Styles demonstrated his amazing vocal range while the audience imitated Mercury’s goosebumps-raising moment by singing the sounds back to him.

Fans continued to compare the two flamboyant, carefree, and gifted individuals on social media. Niall Horan, a former member of One Direction, was also seen in the crowd bopping up to Styles’ solo song.

While Freddie Mercury is indeed a legend, seeing Harry Styles pull something off like that brings back a ton of memories and would always hit a soft spot in our hearts. There’s nothing quite like a blast from the past and seeing someone pay tribute to those who paved the way for the present!