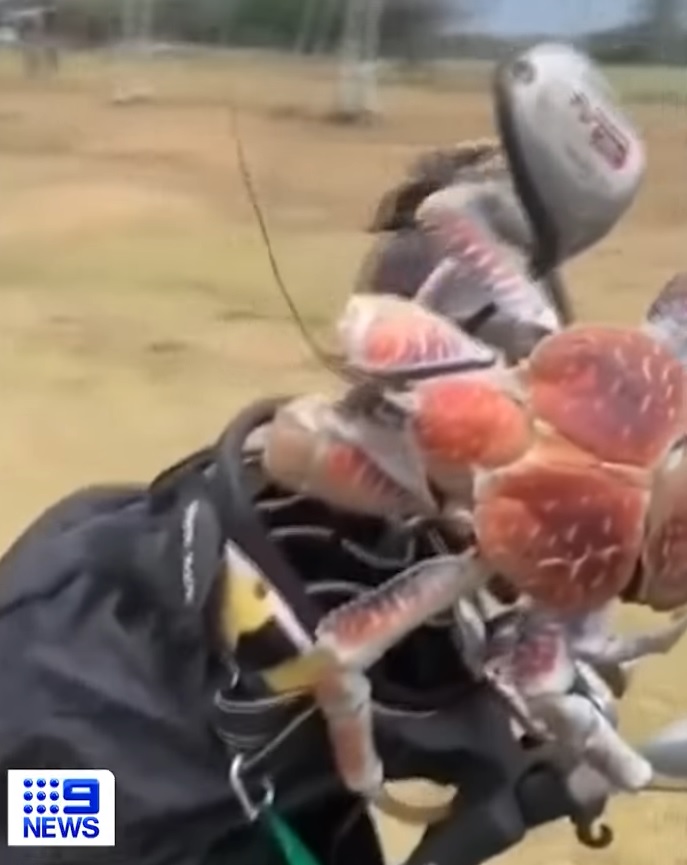 It is no surprise that a lot of animals can certainly do a lot. Ranging from tricks and special training, these animals can definitely show us some neat tricks. For this crab though, it shows us an amazing trick and does something most of us even can’t.

The giant crab was found along a golf course and it simply made its way to the Australian golfer’s bag. Not knowing it was there, the golfer had only noticed it when it was making quite the ruckus. The video would then later show that the crab was going for the golfer’s clubs.

The giant crab would then later hang on to some of the golfer’s clubs as they try to take him away from the bag. This however, doesn’t go well for them. As they soon find out, the giant crab has hung on to these clubs. And as the golfers take a closer look, the crab had already bent one club with the sheer strength of one claw!

Be sure to check out the full video here and see more what this giant crab wanted to do to the golfer’s clubs.