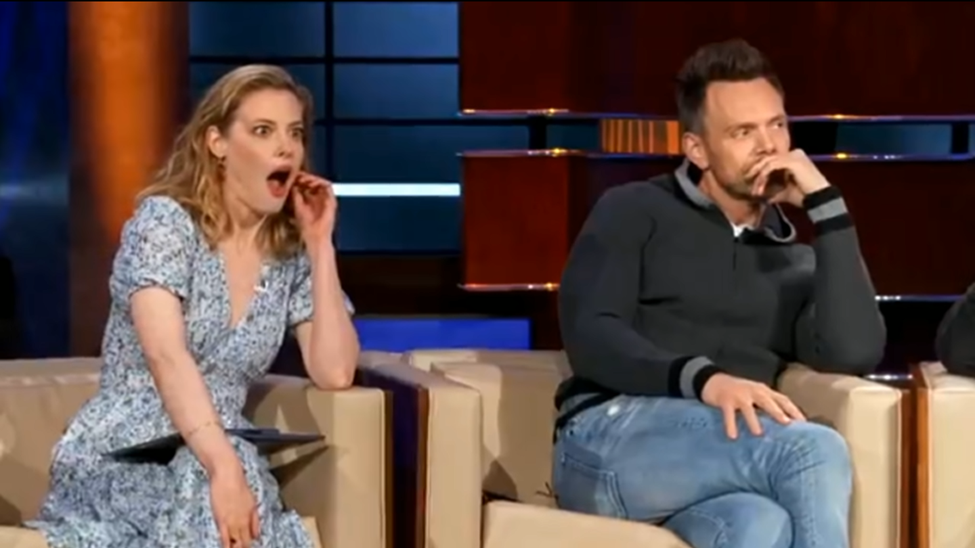 Do you sometimes get that strange feeling that when you know someone’s voice when it just suddenly pops out of nowhere? This can lead to a bunch of surprises, both good and bad but there are times that it could just make someone’s day. Check out which kind of surprise was in store for this panel member on To Tell the Truth and how it easily made her day.

Being on To Tell the Truth is huge enough and can also be quite challenging. Most times the question and scenarios are so challenging that it can trick panel members into giving wrong guesses. Most often than not, they lead to pleasant surprises and can easily make for great entertainment.

SWORN TO TELL THE TRUTH

Like in the show, the people posed in front of panel member would have to swear to tell the truth or follow fabricated lies in order to fool the show’s panel members. In this part of the show however, both the gentlemen in the picture have been up to the challenge of playing out their roles well. To complete the ensemble, both of them are also dressed appropriately as an editor, to which the guests are trying to figure out which one it is. I guess it would be better to fool someone completely if you got the whole act correct.

WHEN YOU KNOW THE ANSWER

Panel member: Gillian Jacobs gives off this expression as she is quite confident in who she thinks is the editor among the remaining contestants in front of her. Although the contestants would go home with cash money in their pockets, this is one experience that could last a lifetime. Giving out more than an educated guess, Gillian Jacobs would then give remarks and explain how she knows who the real editor was at the ends of the round.

An overjoyed Gillian Jacobs rushes over to hug the real editor between the two: a Mr. Will Shortz. She then explains how she remembers Will from her younger years. It turns out that she recognizes him very well since she was younger. Gillian Jacobs would attempt the Saturday crosswords every week and admitted that she would fail them time and time again. She then tells everyone that she has watched a documentary about Will Shortz and even added a great fact about him and his love for Ping-Pong. From the documentary itself, she must have recognized voice and remembered quite easily throughout the show and round. A memory can do so much for someone but that feeling of remembering one’s voice and hearing it again is simply one of the best feelings and can easily make someone’s day. Just like for Ms. Gillian Jacobs and Mr. Will Shortz.

Watch the entire video here below:

Guy Hitchhikes Through Dangerous Places in Russia, has Bizarre Interactions with Locals

Go Down As a Boxing Legend– Jake Paul’s Goal