All wounds are said to heal with time. Sometimes all we want is a little breathing room in order to gain the perspective we require. It turns out that The Witcher: Season 2 on Netflix does not fall under this.

The Witcher is a Netflix original fantasy drama series developed by Lauren Schmidt Hissrich. It is based on Polish author Andrzej Sapkowski’s book series of the same name.

The Witcher examines the myth of Princess Ciri, Yennefer of Vengerberg, and Geralt of Rivia on the Continent, a made-up continent with medieval influences. Henry Cavill, Anya Chalotra, and Freya Allan are its main actors.

Netflix aired the first season, which has eight episodes, on December 20, 2019. It was based on the short story collections The Last Wish and Sword of Destiny, which come before the main The Witcher series.

On December 17, 2021, the second season—which likewise included eight episodes and was based on the book Blood of Elves—was made available.

The show received a third season renewal from Netflix in September 2021; it will premiere in the middle of 2023. A fourth season will come after this, with Liam Hemsworth taking over as Geralt of Rivia.

It’s safe to say that the Netflix fantasy series’ second season didn’t exactly earn rave reviews at the time. Some fans feared that the program was more focused on developing its own tale than adopting Andrzej Sapkowski’s adored novels because of shocking fatalities and unexpected departures from the original material.

On paper, switching things up seems like a good idea. But perhaps they ought to have stayed true to the originals considering how widely despised the modifications were, which some believe contributed to Henry Cavill’s decision to leave the show after just three seasons.

After over a year since its release, fans of The Witcher have decided to reflect on its second season. Maybe check to see if they were too harsh with it. What is the general opinion? Nope.

I recently posed a question to other Witcher fans in a discussion on the subreddit, “Is Liam Cavill’s appearance in The Witcher season four truly going to be the thing that stops you watching?”

Given that supporters have vociferously declared their intention to continue boycotting the performance, the question seems reasonable.

Numerous viewers have responded by saying they don’t plan to keep watching. To be clear, not because of Liam Cavill, but rather because season two was so abhorrent.

One Reddit member said, “Season two was dreadful; I don’t want to subject myself to any more of it.” I have a ton of highly regarded content to go through, so I don’t see any justification for paying any attention to Blood Origin or season three.

Another person echoed this assessment of season two: “I prefer to call it a roaring trash fire of maximal proportions.

There’s plenty to work off of from the novels without the need for “creative liberties,” a third person countered. “I know that the show was never going to be an EXACT duplicate of the books, but it looked like they were simply creating narrative lines for the sake of it.

No disrespect to Joey Batey, but Dandelion can’t carry the show now that Cavill is gone. “Geralt and Dandelion were the only things keeping me around.”

It appears like Netflix will need to work hard to get them to watch The Witcher again. 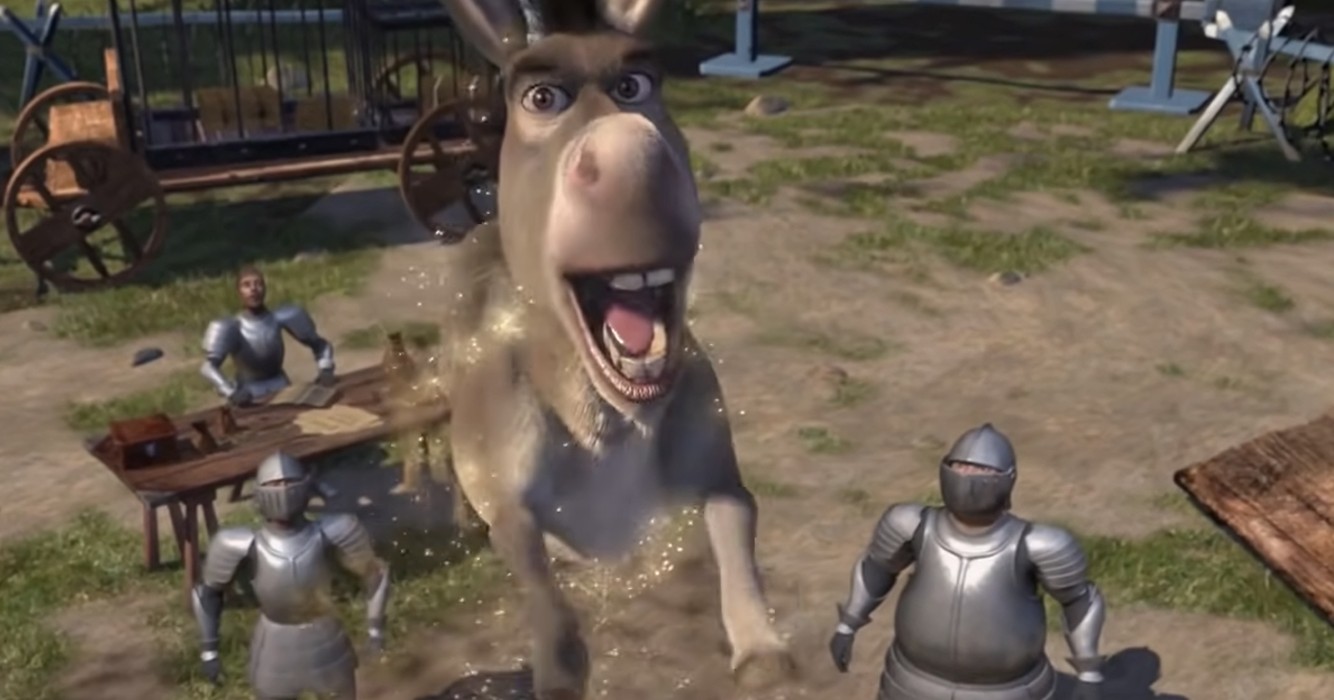 Eddie Murphy claims to be prepared to do a Donkey spin-off, and I couldn’t be more eager to watch it. The Shrek actor has stated that he would be delighted to reprise his part as the witty Donkey in a prospective spin-off because he “loves” the character. The 61-year-old actor also believes that Donkey would make a great spin-off, similar to the wildly popular Puss in Boots spin-offs.

Murphy acknowledged that DreamWorks now has the initiative, but he emphasized that he is “sitting and ready” to be called. He then continued: “That’s DreamWorks Animation. They have to want to do it. DreamWorks, if you all want to do it, just call me. I’m ready, I’m sitting and ready to do Donkey. I’d absolutely be open if they ever came with another Shrek. I’d do it in two seconds. I love Donkey. You know, they did Puss in Boots movies. They should have done a Donkey movie. Donkey is funnier than Puss in Boots. I mean, I love Puss in Boots, but he ain’t funny as the Donkey.”

Whether it’s funnier or not, the most recent movie, Puss in Boots: The Last Wish, has been a smash hit, grossing more than $300 million worldwide and earning an Oscar nomination for Best Animated Feature Film. Since 2017, when screenwriter Michael McCullers said he had finished the script and adored it, rumors of a fifth Shrek movie have been circulating.

It is no doubt that Eddie Murphy is one of the funniest actors out there, and with a plethora of movies under his belt, there’s no doubt that he would absolutely nail being Donkey in his own movie. It would seem that fans are also up for this, and it wouldn’t be difficult to see it come through. Here’s hoping DreamWorks would consider this idea and maybe give us something from Donkey’s perspective this time! 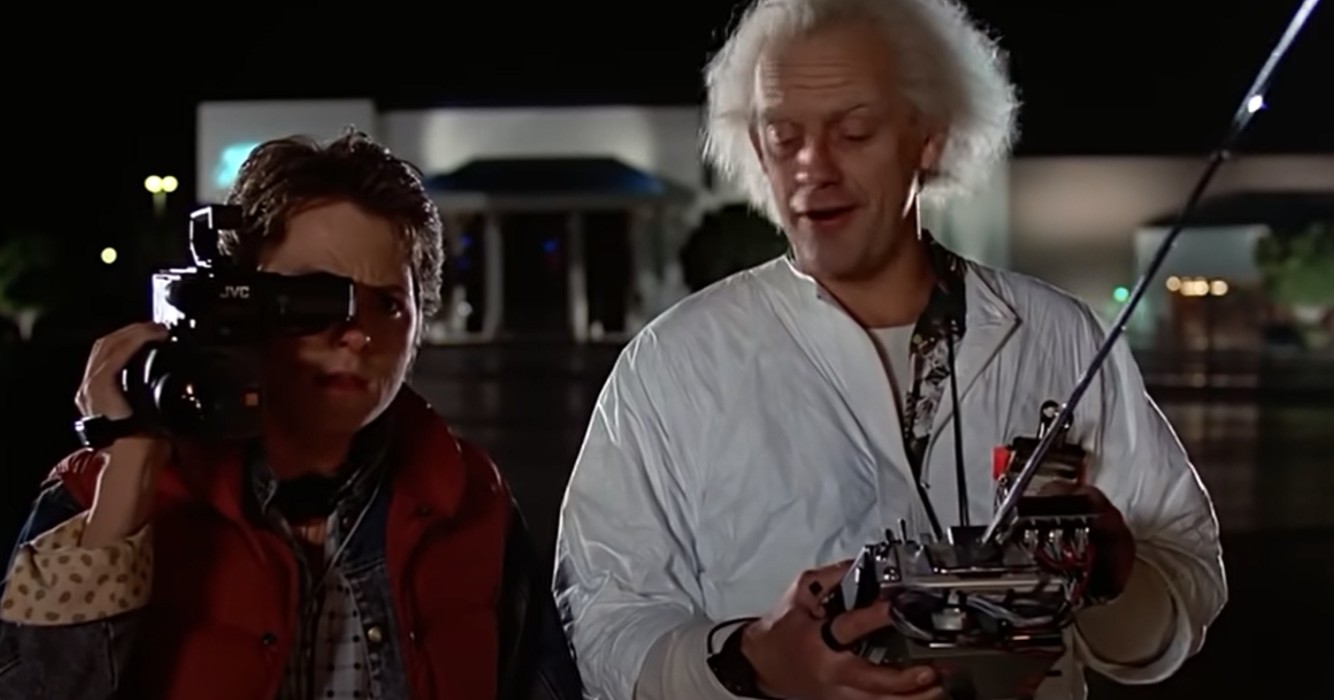 This week, it was revealed that Justin Roiland, the co-creator of Rick and Morty, had cut ties with Adult Swim because he has been accused of domestic abuse. Rick and Morty’s two main characters were voiced by Roiland, who also co-created the series. Without him, “Rick and Morty” will go on, insists Adult Swim, since “the skilled and dedicated crew are hard at work on season seven.” Presently, Dan Harmon is the lone showrunner.

Something to Think About

Naturally, this has left viewers wondering which voice actors will step in to fill Roiland’s shoes. Some fans have been submitting their best impersonation in an effort to land a job, while others have joked that Chris Pratt and Tom Holland may be the next to go. Others contend that Christopher Lloyd and Michael J. Fox, who starred in Back to the Future, would make the ideal replacements. The concept was put up on Twitter by screenwriter Brian Lynch, and it has received full support from others.

In May 2020, Roiland was accused of committing one criminal crime of domestic abuse with bodily harm and another felony count of false detention by threat, violence, fraud, or deceit. In October 2020, he entered a not guilty plea to the accusations. He was served with a protective order, which mandated that he stay 100 feet away from the person specified in it at all times and refrain from stalking, harassing, or threatening them. Roiland attended a pre-trial hearing in court earlier in January.

Even though Adult Swim hasn’t yet revealed who will play Rick and Morty’s voices, they have said that the program will still have its initial 10 seasons. This could mean so many things for the series, but it’s no doubt that finding a suitable replacement would prove difficult. Either that or Adult Swim would have to find much more promising terms for both parties to keep Justin Roiland as part of the show.